Must Eat Foods In Cape Town And Where To Eat Them

If your idea of South African cuisine is just purely huge pieces of meat on a BBQ, then I’m afraid you’re wrong. Well, kind of! I’ll admit that there is a lot of meat to be had here but there’s loads of other dishes that are totally veggie friendly and just as delicious! Some of the best food in Cape Town comes from our colonial past, with strong influences from Europe and Malaysia bringing flavours that makes for some super unique food. One of the things I love most about the city is that the restaurants are nearly always filled with so much history and charm, it’s quite common for the best places to eat in Cape Town to be somewhere that might look a bit dated or old fashioned, but the chances are the food is going to be so good! I moved here eight years ago and if I’m honest then I’m still getting to discover the rich food culture myself. There’s a lot to learn, but I was originally born in Italy, so you can trust me to know a thing or two about great food! So, if you’re searching for where to eat in Cape Town, then search no longer, because this is my personal Cape Town food guide that’s going to tell you exactly what and where to eat during your trip! 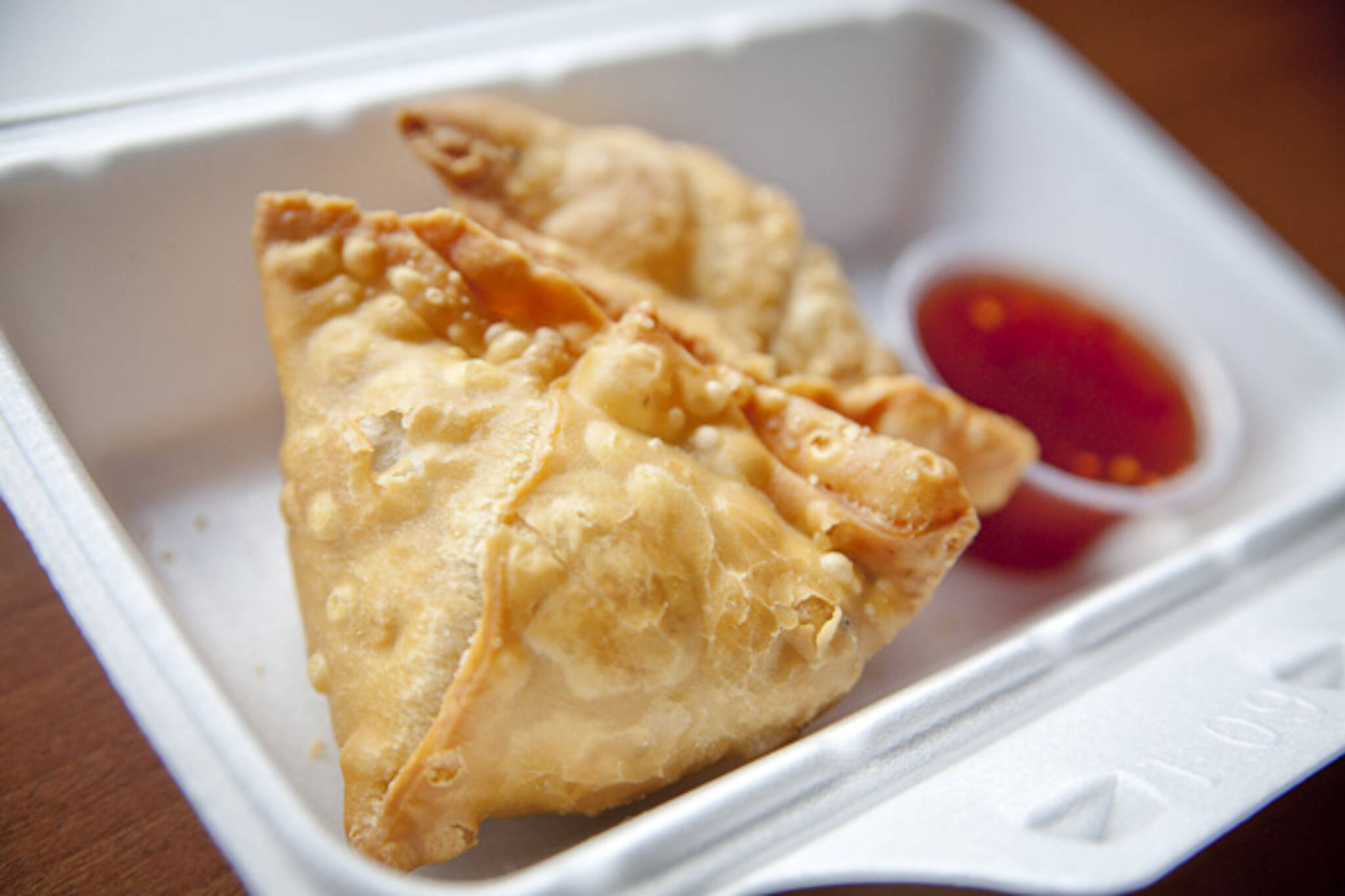 A samosa is probably not the type of South African food Cape Town might be expected to have, but thanks to the Cape Malay influence over the years we’ve managed to get all kinds of delicious food from the East and put our own spin on them! Whilst a traditional samosa might traditionally have more of a veggie filling, the Cape samoosa tends to be filled with meat, although you can still get the veggie option as well! There are loads of places you can buy this, but personally I do love getting them from the authentic corner shops that you can find all over the city, which, to be honest are a bit of a dying breed, but there are definitely still some around! These simple deep-fried pastries have become so popular they are now seen as a must eat food in Cape Town, they’re perfect if you just want a quick snack whilst you’re on the go!

If we’re talking Cape Town street food, there’s nothing that comes close to the gatsby, it’s a really special dish that you have to try as soon as you get to Cape Town! It’s basically a monster foot-long sandwich (and I mean a monster!) that can have a mixture of fillings, but it mostly consists of chips and some then some kind of meat in there as well and lots of delicious sauce. They are sometimes so big that you have to share them with your friends, so I’d say it’s some of the best food in Cape Town if you’re with a group, just make sure you’re all super hungry! Although this is a really traditional food, it’s not always easy to find a good one in Cape Town, so you need to know the right areas to look. The places that serve the best are usually around the train station area, you’ll find a few there and you know they’ll be the real deal.

Bunny chow is another classic South African street food that you’re going to see a lot of in Cape Town, it’s instantly recognisable as the excavated loaf of bread that is filled with curry and it’s really, really good! It’s not actually a dish that originated in this city, it was instead in Durban that the first bunny chow was eaten, but they’re so popular here that they just have to be on my best food in Cape Town list! My favourite place to eat them is in the Eastern Food Bazaar right in the centre of the city, a really popular collection of stalls that sell pretty much every kind of Asian food that you can think of, whether it’s Chinese, Indian or Turkish. The bunny chow is not only really great from here, but it’s also super cheap as well, so many tourists stop here for lunch on their day trips around the city! 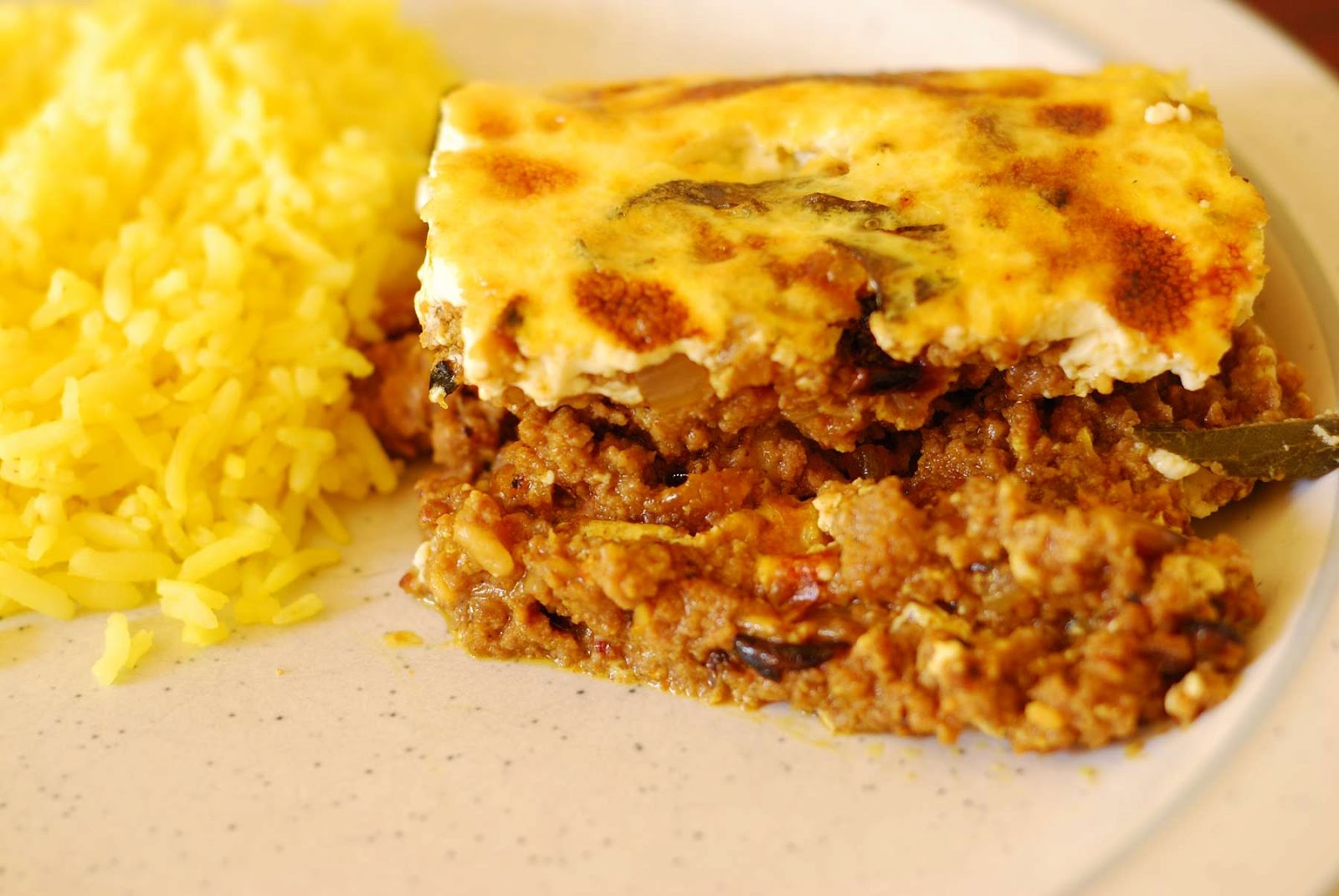 If you really want to try of the most traditional food Cape Town has, then you really have to start your trip off with bobotie! This is a classic South African dish that is quite interesting, it’s basically just spiced and baked minced meat with an egg-based topping, although it can be served with things like bananas to give it a sweet, fruity flavour! I honestly don’t know how something so simple can taste so good! Mama Africa in the city centre would have to be my chosen spot to get it, if you’ve looked up where to eat in Cape Town you might have come read about it already, it’s quite a legendary place! The boboti is really, really great here, but it’s the party atmosphere of the restaurant that makes it so much fun, you can expect to be dancing along to a traditional African live music for example so don’t go in expecting a normal dining experience!

You’ll find so much of the must eat food in Cape Town down by the ocean, this is seriously the best place to come for some famous South African fish and chips, it’s all super fresh and super tasty! The dish is very similar to the British deep-fried fish and chips, and if you want to know specifically the best place to find it, there’s really only one place I can say; Kalkys! This place is absolutely legendary, it’s totally one of the best restaurants in Cape Town that I think everyone should go to, you won’t get a better fish and chips anywhere in the city and it definitely won’t be as cheap! The restaurant isn’t in the city itself but in Kalk Bay, a charming village that’s squeezed in between the mountains and the ocean in the Southern Suburbs – so if you’re making your way to the Cape Peninsula make a stop here! Kalky’s is in the harbour itself, and its appeal is certainly its simplicity – there’s no pretence here. It looks pretty similar to many of the other traditional restaurants in the area and serves the most basic of dishes, but I can assure you that the food is so good!

For meat lovers there’s only one thing that should be on your mind when you come to South Africa; a huge, delicious braii, which is what we call a BBQ! This is on every Cape Town food guide and for good reason as well, it’s not only a classic South African way of cooking, but it’s also a really important social event that goes on for hours! All kinds of meat are used in the meal itself, the only real constant is the use of a coal fire to give the food that really unique, smoked flavour! Since this is so much more than just a meal, the best way to discover it is to go on a braai experience, where you’ll basically join with a local family and dine with them for the whole day! These are real hidden gems for tourists because it’s a really interesting way of mixing with local people and learning about one of South Africa’s most important traditions! There are quite a few companies that offer this so make sure you look around; Braai Cape Town is very popular though!

For non-Afrikaans speakers, you might have a hard time pronouncing this one, the word itself is very Afrikaans! This is a must eat food in Cape Town that is very unique to this part of the world, essentially, it’s a vegetable dish made from a kind of plant that floats on the surface of the water and it just tastes amazing! It’s a seasonal dish that you can find in the winter months, although it can be quite difficult to find in Cape Town, popular places like Bree Street might have it, but if not take a trip out of the city to somewhere more traditional to find it! The wine growing areas are famous for the dish and I think everyone should visit one during their trip, for example the nearby village of Paarl even has an annual Waterblommetjiebredie Festival that takes place in September to celebrate the plant! This would definitely be one of the interesting things to do in Cape Town, a real one-off experience!